Just back from a quick trip to my favorite East Coast city (yes, I love New York but Boston is my home).  The weather was spectacular – perfect for enjoying Boston’s glorious Public Garden, established in 1837 as the first public botanical garden in the United States.

Robert McLoskey’s Make Way for Ducklings (1941) tells the tale of Mrs. Mallard seeking a safe home for her family and finds it on an island in the Public Garden. It won the Caldecott Medal in 1942 and has been in continuous print, with over two million copies sold. Tourists and residents of all ages “flock” to these statues (there was a long line for photos and selfies taken while sitting on Mrs. Mallard). 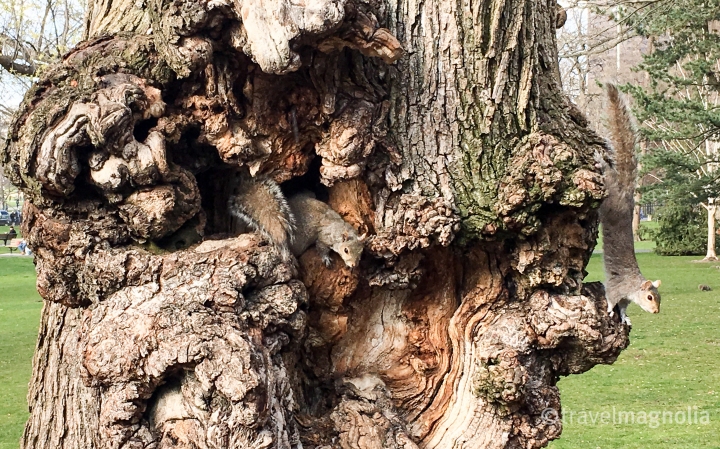 Other creatures enchant visitors, too. Hard to believe they were ever a rarity, but a “handful” of gray squirrels were introduced to Boston Common (adjacent to the Public Garden) in 1855. This pair was enjoying the beautiful day playing on a Belgian Elm (all the trees are tagged).

The gardens span 24 acres and are equally beautiful in every season. Be sure to visit them if you have the opportunity.