We took the high speed train from Moscow and arrived in St. Petersburg at night which allowed us the optimal amount of time in both cities. The train was extremely comfortable – as nice as the Shinkansen and Eurostar. The stations in both cities are centrally located which makes travel that way the best choice.

The 19th century Admiralty Tower with its golden spire and warship weathervane serves as a landmark visible from almost anywhere in the old city. Located adjacent to the Neva River, it is the headquarters for the Russian Navy  and the point from which St. Petersburg’s three main streets emanate: Nevsky Prospect, Gorokhovaya Street, and Voznesensky Avenue.

The Winter Palace was originally a Dutch style wooden building constructed in 1708 for Peter the Great. It was replaced by a stone building in 1711 but in 1731  Empress Anna engaged Francesco Bartolomeo Rastrelli to construct a larger palace. Subsequently, Rastrelli was commissioned by Empress Elizabeth to expand the palace once again and it took the form that we see today.  The palace currently houses part of The Hermitage Museum. The red granite  Alexander Column (1830–34) commemorates the Russian victory over Napoleon’s France. It is 47.5 meters high, weighs over 500 tons and is  fixed in position by its own weight alone. The angel face is said to resemble that of Emperor Alexander the 1st.

The Hermitage was founded by Catherine the Great in 1764 and has been open to the public since 1852 when the “New Hermitage” building was constructed. I loved the five-meter high granite statues of Atlas that support the portico. Sadly, this entrance is no longer used. 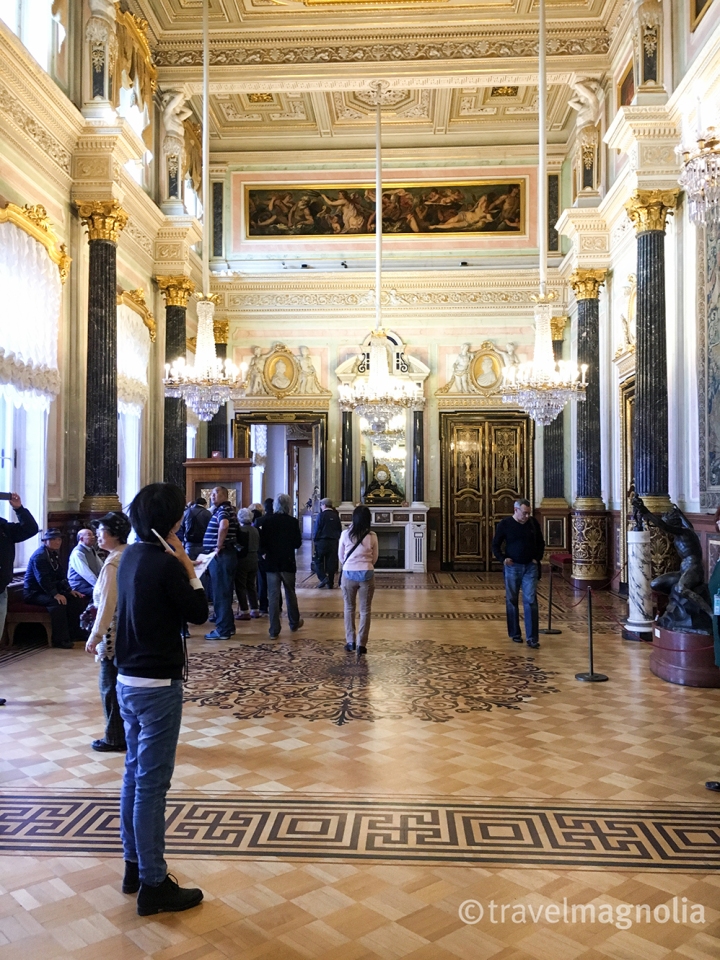 Even without being told, it is clear that the Winter Palace was inspired by Versailles.

Unlike the visitors above, we had the extreme good fortune to see the Peacock Clock (in the case) in action. Built in 1777, it was a prized possession of Potemkin, who many think was actually married in secret to Catherine the Great. One day I hope to master video but for now you can watch my attempt to capture this magical automaton mark the hour.

Pay attention to the owl in the foreground, then watch as the peacock starts to turn its body and unfold its tail, then listen for the rooster’s crow at the end. 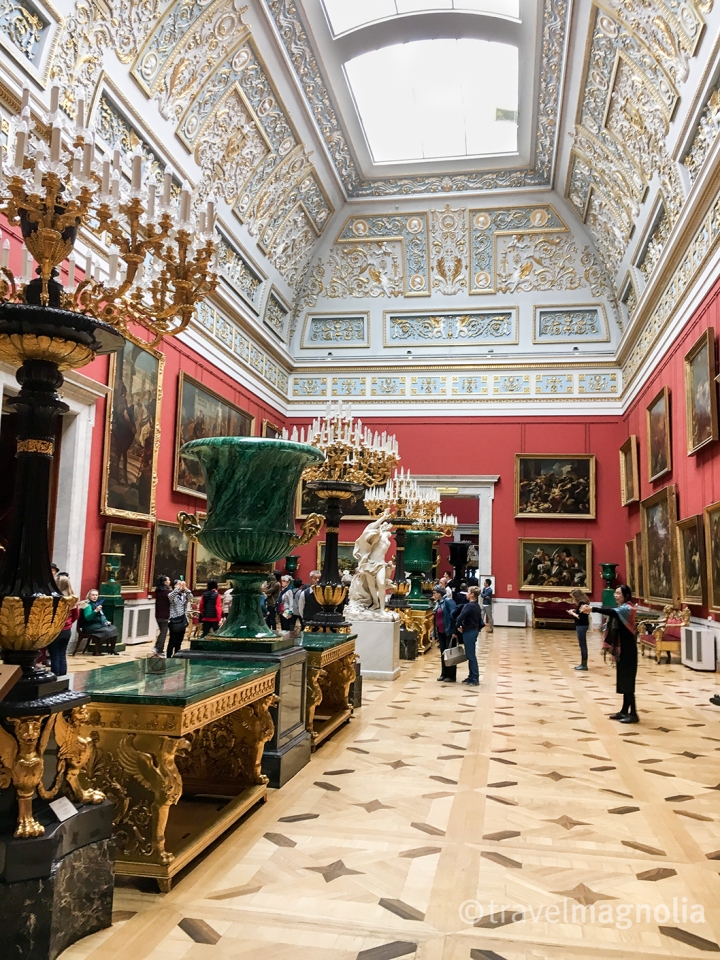 Across the Square, the Hermitage’s collections of  19th and 20th century art are displayed in the recently renovated General Staff Building.

The original General Staff Headquarters was constructed between 1820-1830 with a triumphal arch symbolizing Russia’s glory and military triumph in the War of 1812. Work began in 2008 to add five atria and a series of enfilades that connect the galleries. 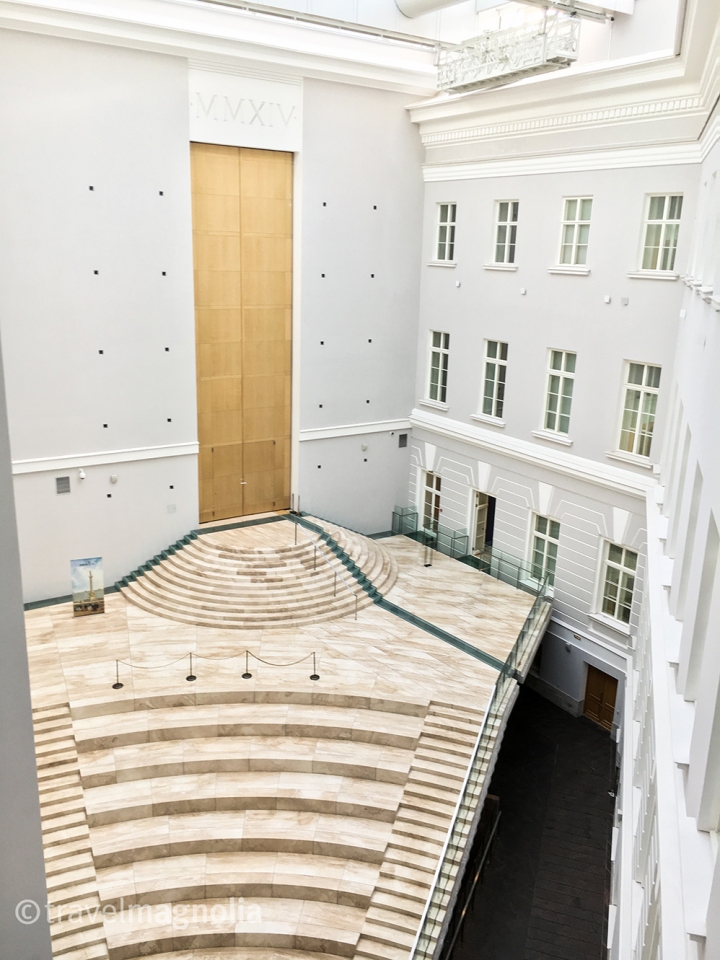 Like so much else in St. Petersburg, it is hard to capture the elegance and beauty of this museum. Guess you will just have to go and see for yourself! In the meantime, stay tuned for more on this wonderful city.

5 thoughts on “The Glorious City of St. Petersburg, pt I”