The Kingdom of Bhutan has been on my must see list for 25 years.  When I first heard about this jewel of a country nestled in the Himalayas between India and China, it had only recently opened to tourism.  While it took me much longer than expected to finally  make the trip, it was well worth the wait!

I couldn’t begin to capture the magic of Bhutan in a single post, so consider this a preview of coming attractions. Subsequent posts will delve into the kingdom and its wonders in greater detail.

Prayer wheels and prayer flags abound. The structure above is a water-powered prayer wheel continuously dispensing good fortune to those who pass! 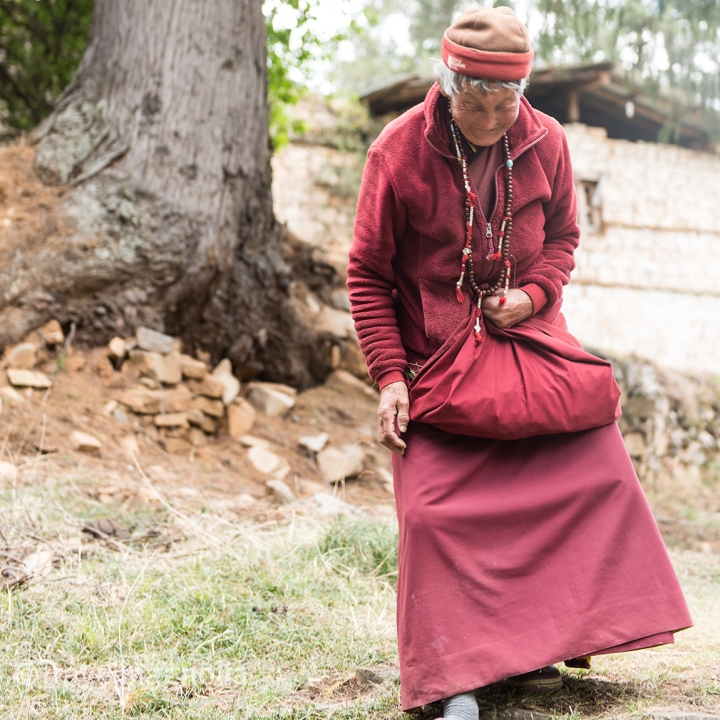 This nun is gathering pine needles which are used in incense burners, to protect newly planted crops, for cattle beds and, eventually mixed with manure for fertilizer. 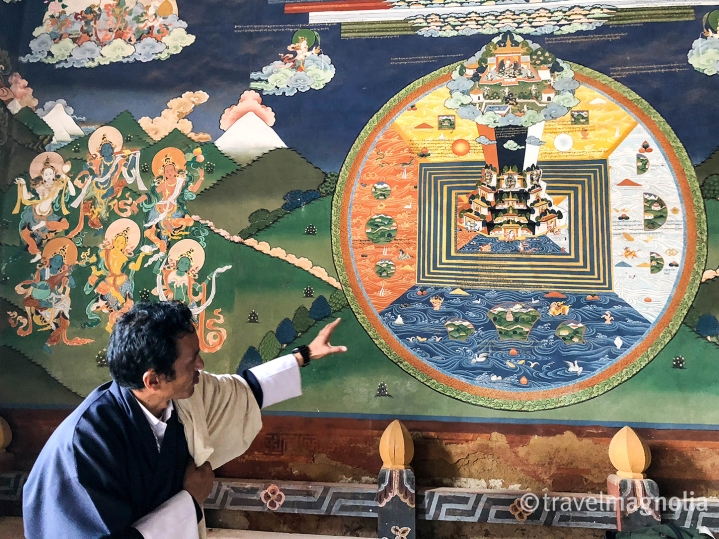 The exquisite devotional paintings were a highlight. Here one of our guides – Tsewang Rinchen – explains the Buddhist kingdoms. 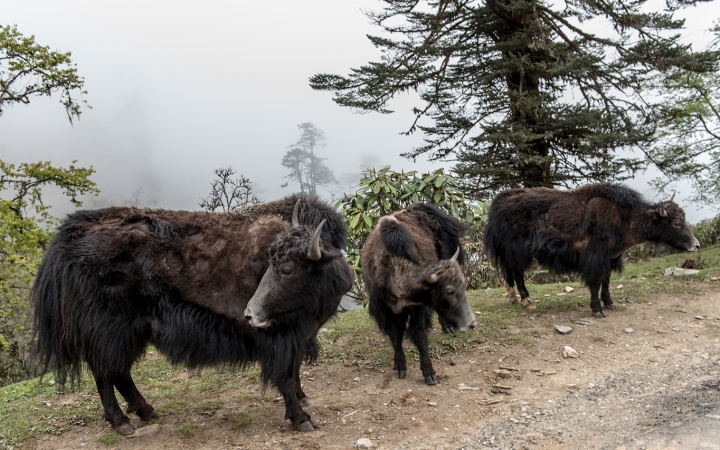 Yaks are only found at altitudes above 3000 meters.  We never tired of seeing them.

This yak even posed with the ubiquitous prayer flags.

Of course, I had to include at least a glimpse of perhaps the most famous Bhutanese site: Paro Taktsang aka the Tiger’s Nest!

I hope you have enjoyed this introduction. Stay tuned for in-depth pieces!