Few places exceed my expectations as did Iran overall and Persepolis specifically. I never took Ancient History and don’t know mythology well. Even so, I fell under the spell of this remarkable place. Persepolis, known to Iranians as Takht-e Jamshid (throne of Jamshid – a mythic being who – in the middle ages – was thought to have built it)  was the ceremonial capital of the Achaemenid Empire for a little over two centuries (ca. 550–330 BCE). Conceived by and with construction commenced under Darius the Great and destroyed by Alexander the Great (the historian Plutarch contended that it took 20,000 mules and 5,000 camels to remove the treasure), the city’s ruins are marvelous to behold. UNESCO designated it as a World Heritage Site in 1979. Persepolis is easy to reach from Shiraz and warrants an entire day to absorb its wonders.

We arrived at 8 a.m. and were rewarded by having the site virtually to ourselves for the first hour. 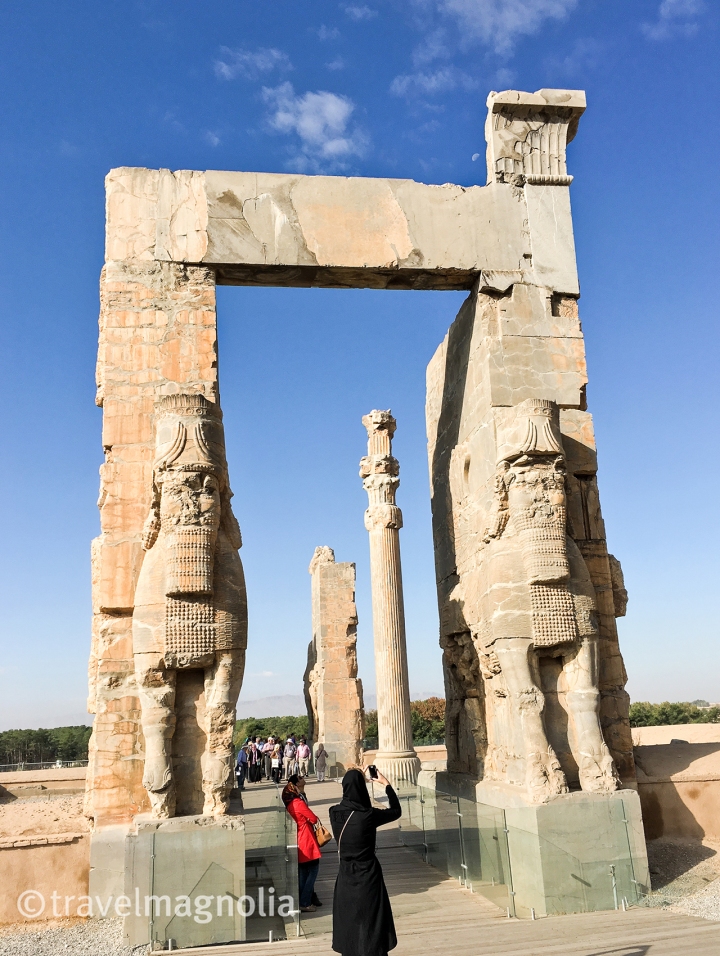 While Darius I ruled over the initial period of development, much of Persepolis was constructed after his death under the aegis of his son and heir Xerxes, including the Gate of All Nations (486-465 BCE). The two guardian figures are Lamassu, winged-bulls with the head of a man. 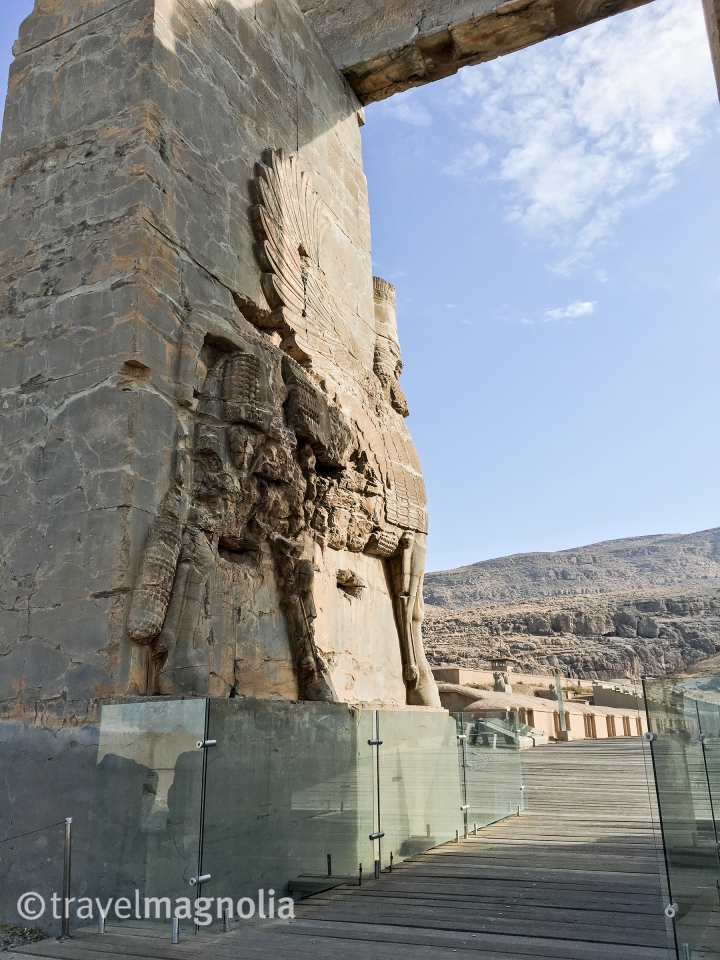 I can’t even begin to do justice to the history and archaeology. I hope these photos will inspire you to visit and see for yourself.

One of the most remarkable sights is the extensive carvings along the monumental stairways that led to the Apadana. Representatives from the Achaemenian Empire’s subject nations are shown bearing tribute to the King as part of the annual New Year’s festival.

There are hundreds of different figures that can all be identified by their clothing, their features and their gifts. The attention to detail is extraordinary: look at the horse’s mane and tail, the gryphons on the vase handles, the earring of the man in the lead (who is holding hands with the man ahead).

Darius’s Palace (above) suffered less destruction than that of Xerxes (below), which some attribute to Alexander’s desire for revenge for the burning of the Acropolis.

Everywhere you walk, there are exquisite carvings that provide insight into the ancient world..

I think it is only right to end with the column below and its remarkable depiction of either Darius or Xerxes.

I heartily recommend reading and researching in advance to learn some of the history and mythology behind the inscriptions and bas reliefs. There is a wealth of easily accessible information on Persepolis and the bookstore near the entrance sells guidebooks.

On to Naqsh e Rostam next and then to Isfahan!

9 thoughts on “A Day at Persepolis | Iran”