One of the oldest cities in the United States (although a relative youngster globally), Boston has managed to retain its historic charms and increase its attractions. In fact, one of my favorite places in Boston is not even ten years old!  The Greenway  is 1.5 mile ribbon of parks constructed above the Central Artery Tunnel, popularly referred to as the Big Dig. [Full disclosure: I served on the Greenway Board of Directors for six years!] The park stretches from Chinatown and South Station through the financial district, past the New England Aquarium and Haymarket to the North End. Walking the Greenway’s entirety is a great way to discover some of Boston’s oldest neighborhoods. In addition to wonderful gardens, a phenomenal carousel, and a robust food truck program , the organization has made a serious long-term commitment to Public Art.

The  poster child for Public Art on the Greenway is the Dewey Square Mural –  currently featuring Spaces of Hope by Iranian artist Mehdi Ghadyanloo . This phenomenal 70 x 76 feet work is a masterpiece of trompe l’eoil:  you have to see it to believe it! Ghadyanloo painted over 100 murals throughout Tehran and I hope to see those in person one day soon.

Another relatively recent development is the Hubway bike system and concurrent expansion of the bike paths throughout the city. While in Boston for a wedding, I spent a day biking around the Seaport District, South Boston with a stop at the Kennedy Presidential Library and ended with a promenade along the Charles River. 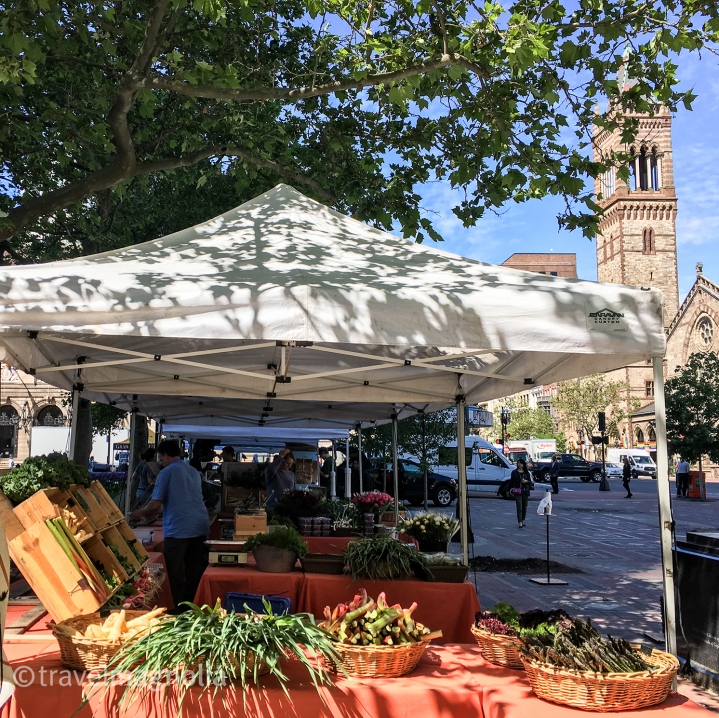 I had to visit the Copley Plaza Farmers’ Market which I frequented when I lived in Boston. I wish I could have packed up some rhubarb and ramps to take home! 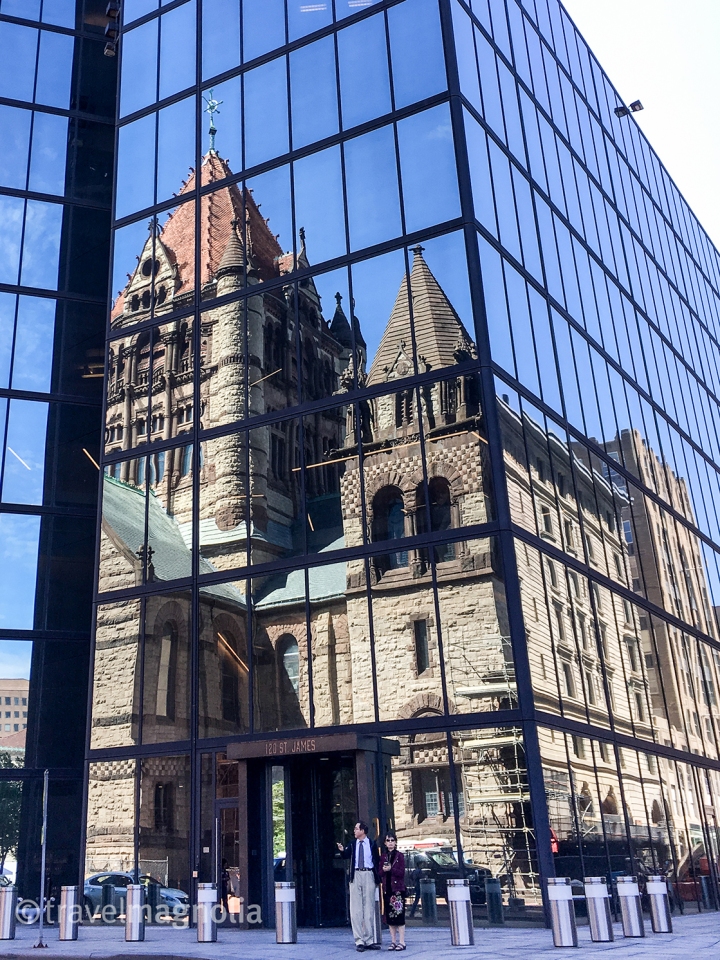 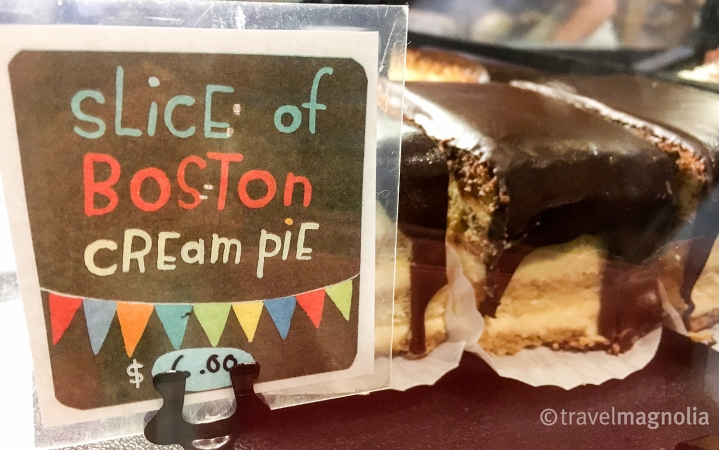 No trip to Boston would be complete (at least not for me) without a slice of Boston Cream Pie. More of a cake than a pie, one of the best versions can be found at Flour Bakery, whose motto is my mantra: Make Life Sweeter. Eat Dessert First.

For more on one of my favorite cities, check out these previous posts: 24 Hours |Boston, Massachusetts and  Boston’s Public Garden |An Urban Oasis.

9 thoughts on “Boston – Better than Ever”