While the Alhambra may be its best known feature, Granada has a lively atmosphere (likely due to the large student population) and excellent food. I hadn’t realized until this trip that Granada is the Spanish word for pomegranate which explains why its representation is ubiquitous in this charming city. 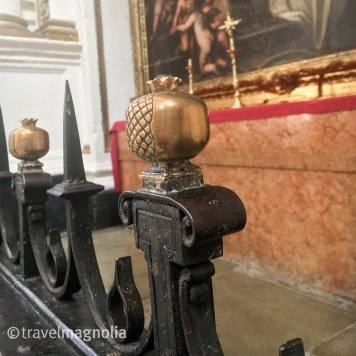 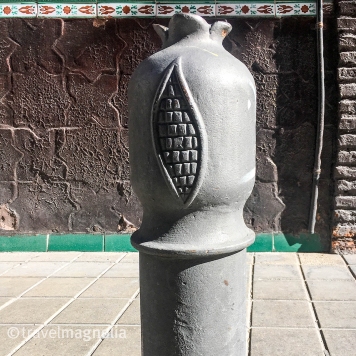 We saw more pomegranates than we ate…but we didn’t go hungry! 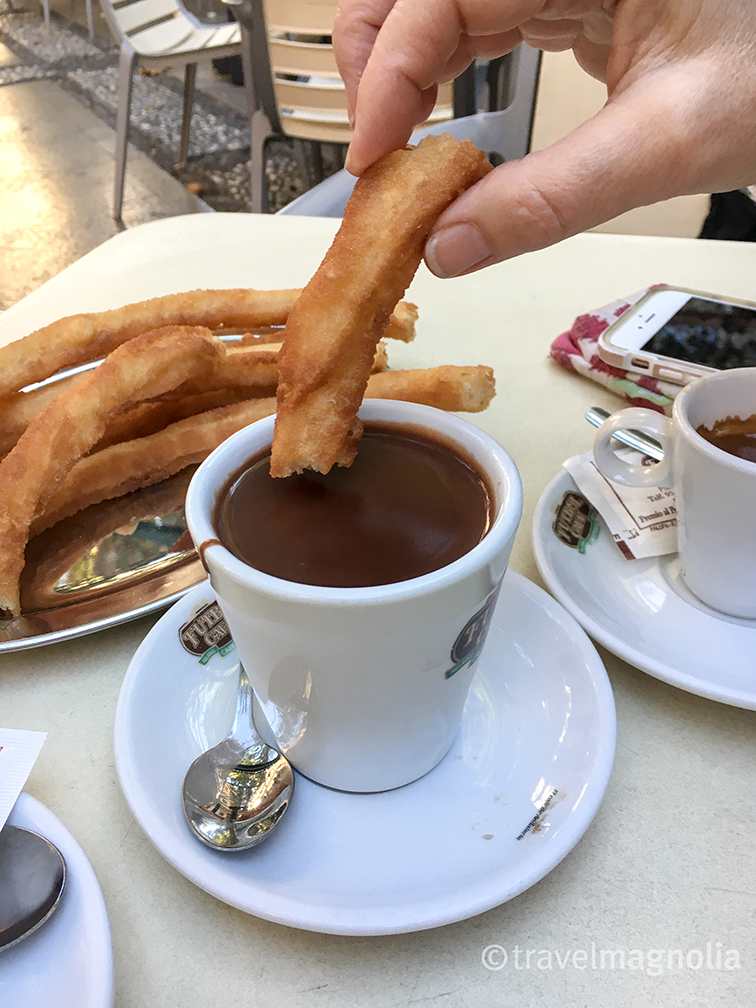 In the United States, doughnuts tend to be a morning treat, here they are a favorite all day long.  Café Fútbol (open from six in the morning until midnight daily) is a locals’ favorite for churros and hot chocolate. I tried them several places and I think this is the best.  (This was the first time I ate churros since the age of 15 when I gorged myself on at least six in one sitting at a patinada (skating party) in Caracas – I couldn’t bear the sight or smell for literally decades!)

Up at the Alhambra, the Parador de Granada serves lunch and has tables in a lovely courtyard – weather depending. Housed in a 15th century convent within the fortress complex, there are hotel rooms available as well, for those who plan ahead!

In the city center, I highly recommend Alacena de las Monjas for lunch or dinner. The restaurant is situated in a peaceful residential courtyard, so sit outside if you can. One of Granada’s many charms is its “walkability” – we spent several days exploring its tree-lined streets and beautiful neighborhoods. 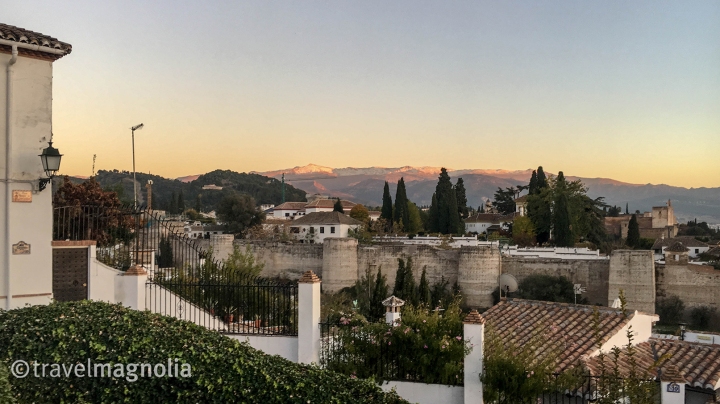 It is well worth walking up to the top of the Albaicín  for a spectacular view of the Alhambra at sunset (especially if you are lucky enough to have snow-capped mountains in the distance).  We had a delicious dinner at Restaurante La Borraja-San Nicolás.  The Albaicín neighborhood is a great place to wander, as well.

Granada is famous for its tapas bars and we spent an entire evening on foot exploring a half dozen.  I am not sure if the copious amounts of concoctions consumed were to blame, but somehow I didn’t get one decent photograph to document the enormous variety of delicacies we sampled including croquetas, jamón, salmorejo and bacalao.   You will have to see for yourself and here is one resource to help you plan: A Toast to More Tapas.