Iran is full of “must see” places:  in almost two weeks, I averaged three sites a day and only scratched the surface. At the top of my list for southeastern Iran: the shrine to a 15th century mystic and poet who lived for 101 years.

Shah Nematollah Vali was a Sufi Master and poet born in 1330 in Aleppo. He traced his own descent from the seventh Imam and is considered the founder of the Sufi order Nimatullahi. 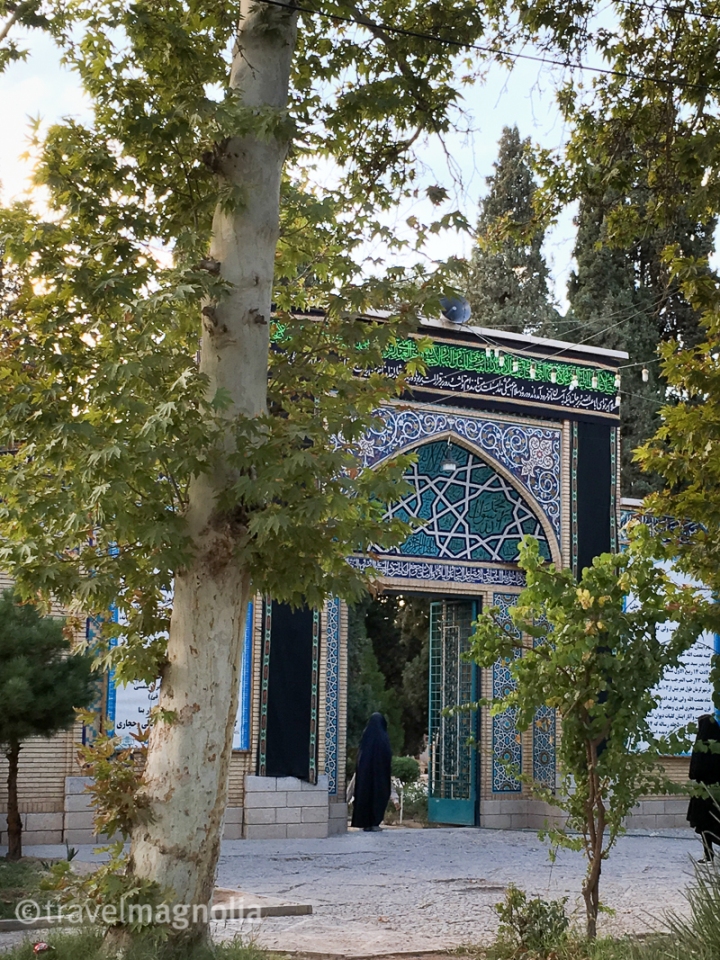 The shrine is located in Mahan, and is an excellent example of the importance that traditional Iranian architecture places on the harmony between nature and building. The central structure was built in 1436 only five years after the Shah’s death by one of his most ardent adherents,  Ahmad Shah Bahmani, king of the Deccan.

The tiny prayer room shown below is where Shah Ne’matollah Vali is said to have meditated for up to 40 days at a time; the walls and ceiling are covered with exquisite calligraphy. 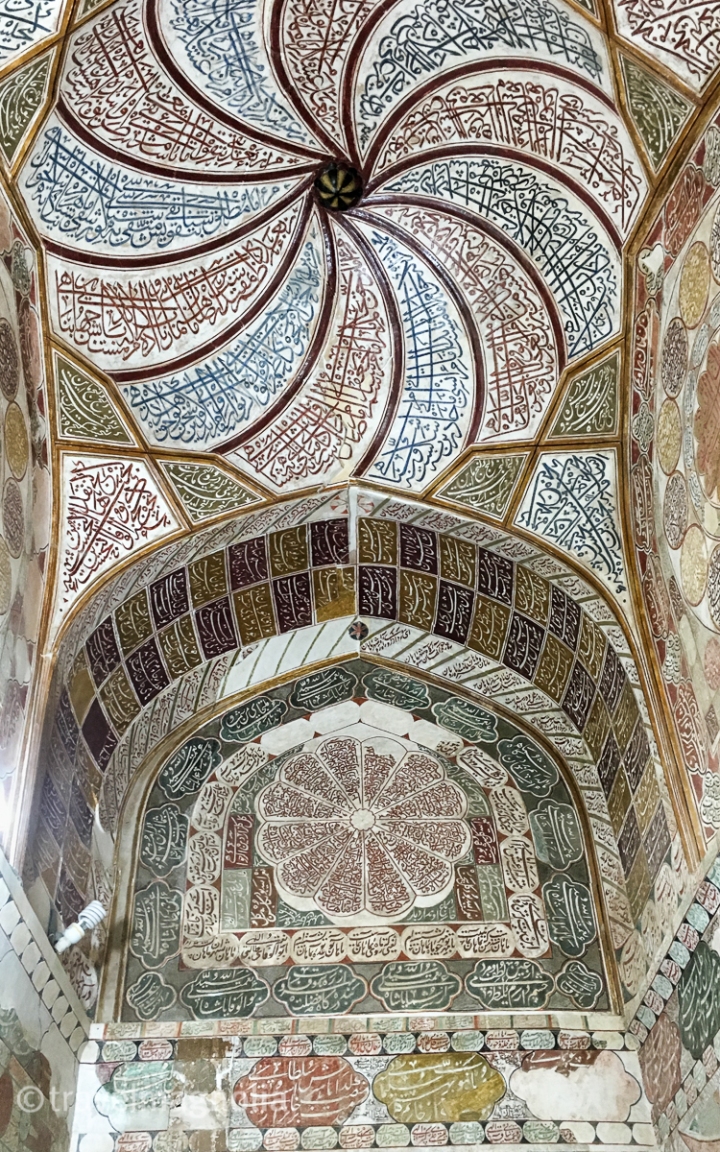 A closer view of the ceiling and one of the arches in the prayer room. It is remarkable that these frescoes were painted almost 600 years ago.

Persian Gardens are world-renowned for their remarkable symmetry and beauty.  Conveniently located between Mahan and Rayen, Bagh-e Shahzadeh (the Prince’s Garden) also known as Bagh-e Tarikhi is the perfect place to stop for lunch or tea. The food is delicious and the atmosphere is sublime. 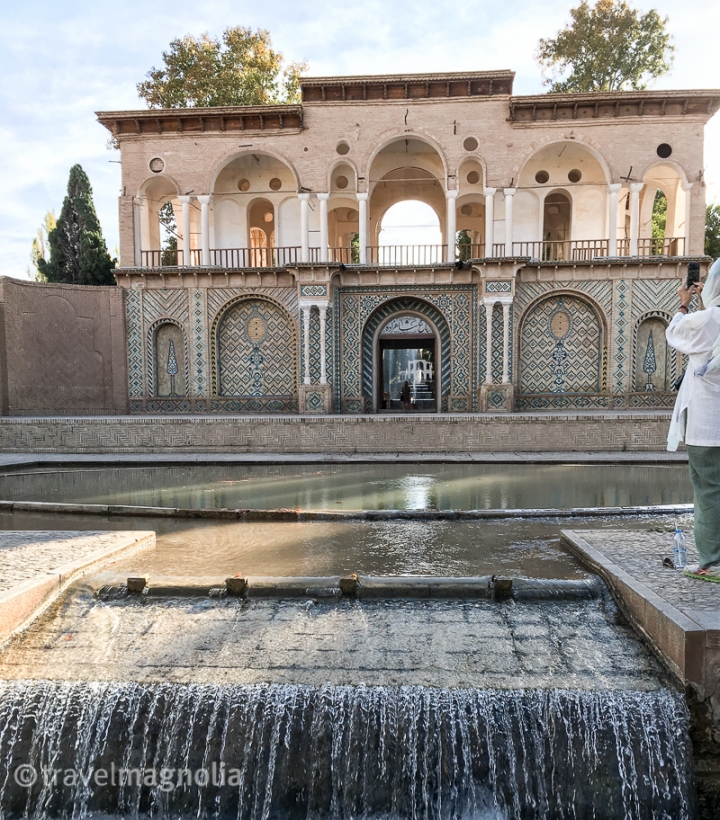 Lastly,  be sure to visit the remains of an ancient fortress that was a major defensive outpost beginning around the 11th century and was continuously occupied until 150 years ago.

Rayen Citadel  was constructed with unbaked mud or adobe, measures approximately 20000 square meters, and has survived countless earthquakes (including the one in 2003 that destroyed the citadel at Bam). For an idea of its size,  look at the people in the background for scale and bear in mind that this photo shows under 25% of the fortress.

N.B. This is high desert and temperatures are extreme (hence the popularity of places such as Shahzadeh Garden). The best time to visit is late Spring and in autumn.

For more to do in southeastern Iran, see Captivated by Kerman.

5 thoughts on “Three Must Sees in Great(er) Kerman, Iran”