Charles Darwin and the Galápagos are inextricably linked in many people’s mind. After all, this archipelago and its inhabitants gave birth to his theory of evolution. Darwin only spent five weeks on the islands, but what he observed resulted in his masterpiece On the Origin of Species. Santa Cruz Island is the most populated island in the Galápagos and home to the Charles Darwin Research Center. 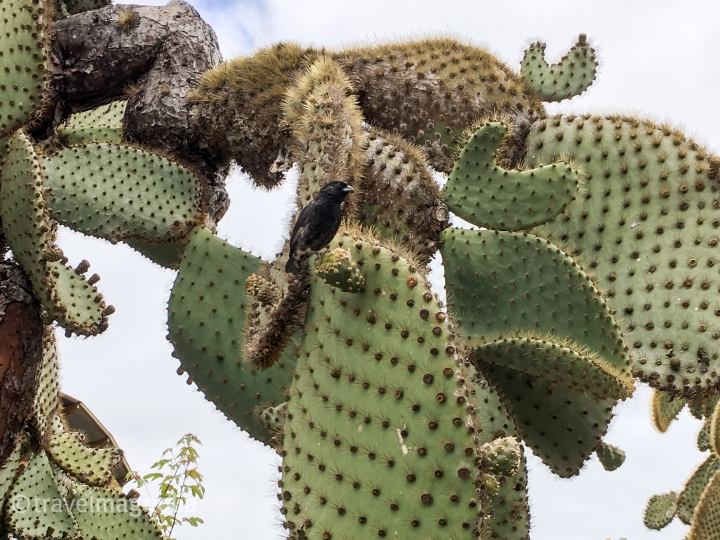 Darwin noticed that the species present on each island had adapted to specific conditions. There are 13 distinct species of finches, each with a distinctive beak size and shape. Darwin also studied the Galápagos Giant Tortoises – which are absolutely amazing. They are vegetarians who can reach a weight of 900 pounds and live for over 100 years. They can go without food or water for six months or even up to a year if necessary. While they move at a leisurely pass of .3 kilometers/hour, when motivated they can cover up to several miles a day. The finches have a symbiotic relationship with the tortoises, ridding them of annoying parasites. This water level is low at this popular mud bath, but that doesn’t seem to bother these tortoises who wallow for hours. They alternate soaking up sun with cooling off in the water, which is also thought to protect them from mosquitos and ticks. 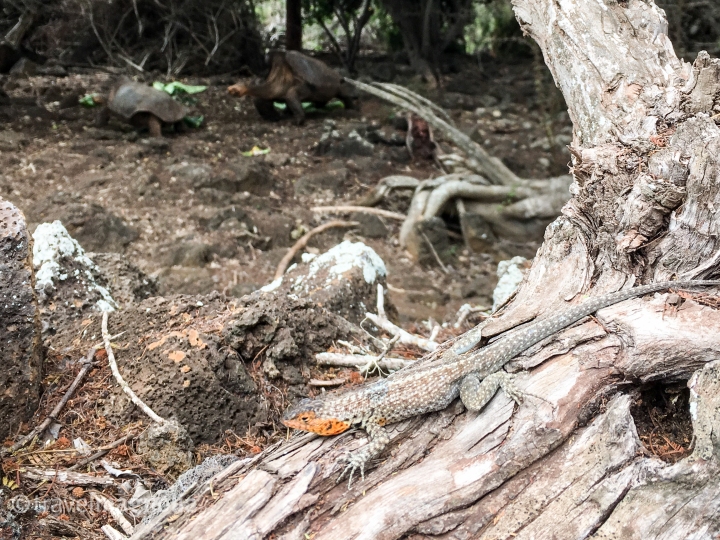 Other reptiles include the Lava Lizard, whose camouflage and fast movements make it hard to spot. 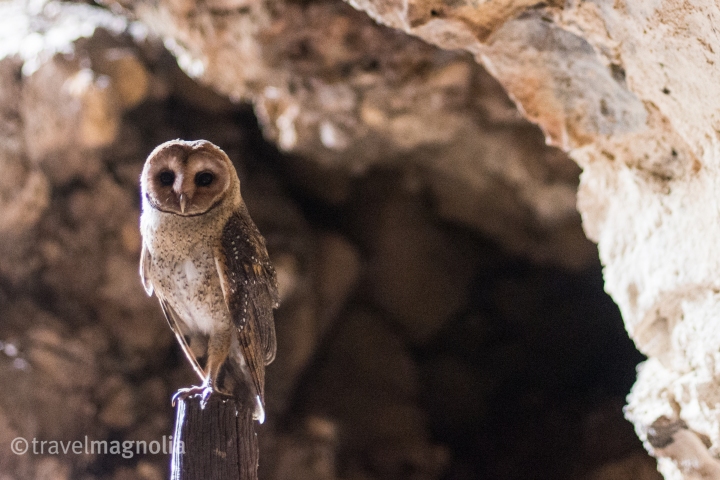 We were lucky to see this barn owl at the entrance to a lava tunnel. There are many such tunnels on the island, including that is 2000 meters long! 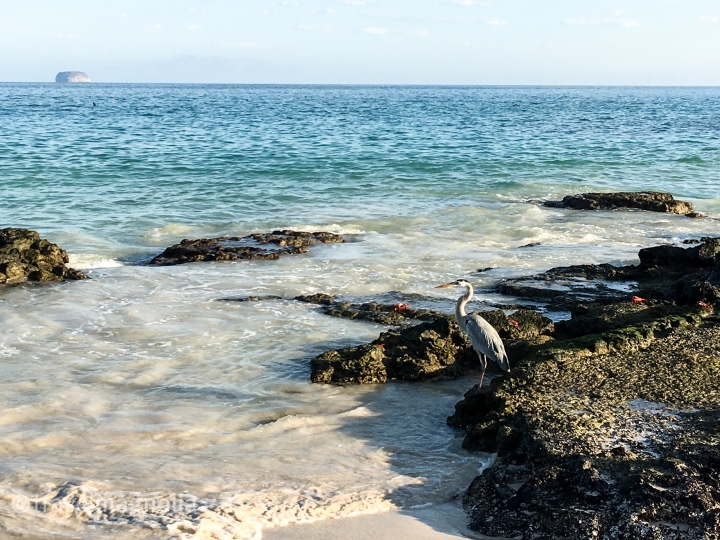 We enjoyed watching the great blue herons and were thrilled to see flamingos on our last morning.

As I mentioned previously, learning to shoot and edit video is at the top of my list for 2017. At least I was able to capture a short clip of these beautiful birds (and if you look closely at the beginning, you will see two marine iguanas.)

For more on these amazing islands, check out Seven Wonders of The Galápagos for an overview, as well as posts on  the islands of  Isabela,  Fernandina , Rábida and Santiago.