Far from the madding crowds of the Delhi-Agra-Jaipur “Golden Triangle,” Kerala should be on everyone’s bucket list (although then it might be just as overrun). It would be easy to spend several weeks in this southern India state and still not experience all its wonders. There are mountains to climb, rivers to explore and beaches to enjoy, as well as the city of Kochi (or Cochin) with its bazaars, restaurants and Kathakali performances. 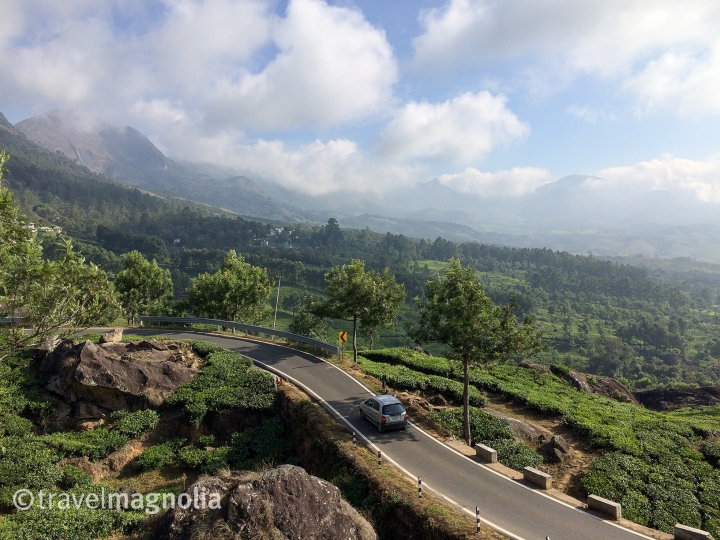 Munnar is a hill station in the Western Ghats,  5200 feet above sea level and  a little over 100 kilometers from Kochi. Do not let that relatively short distance mislead you, though. The drive takes 3 1/2 – 4 hours on winding, steep roads and is not for the faint-hearted (those who suffer from car-sickness would be advised to take precautions). 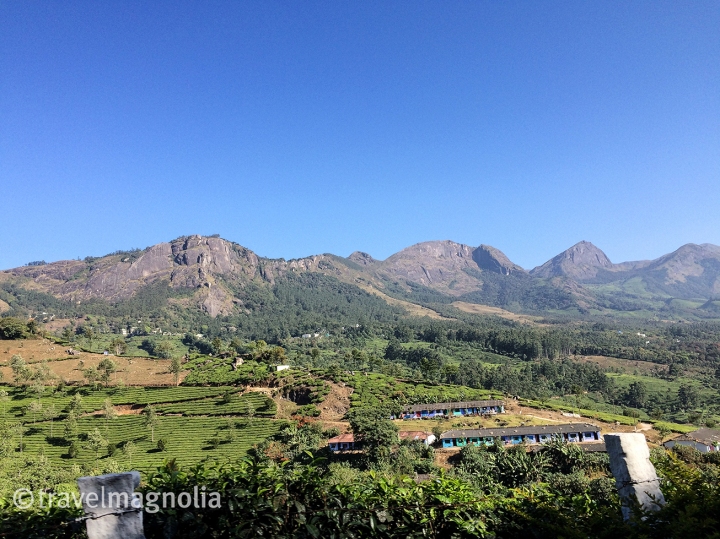 The scenery is spectacular, with photo ops everywhere you look. Probably best to have someone else do the driving so you can enjoy the sights and not have to watch out for other drivers.

On our first day, we visited Eravikulum National Park in hopes of spotting the endangered  Nilgiri Tahr.

We were lucky enough to see several at fairly close range, as well as a host of birds, monkeys and deer.  The park is over 100 square kilometers and a favorite destination for picnics and enjoying the amazing vistas.

Kerala has  a relatively large Catholic population and we happened to be in town for the Feast of St. Anthony, the patron saint of Munnar. 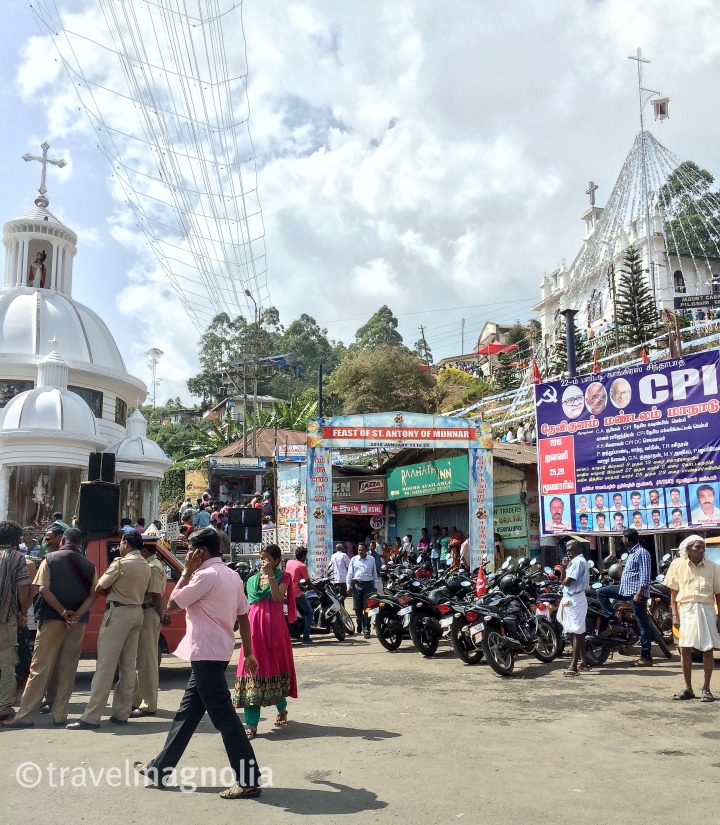 The celebrations coincided with Kerala’s Communist Party convention and we loved that juxtaposition. In addition, January 26 is Republic Day, commemorating the adoption of India’s constitution.

No stay in  Munnar would be complete without a visit to the  Kolukkumalai Tea Estate.

The factory is only accessible by jeep and roughly two-hour ride is somewhat bone-jarring.

The views are spectacular, and it is possible to hike for parts of the trip and plenty of places to stop and soak in the endless panoramas. 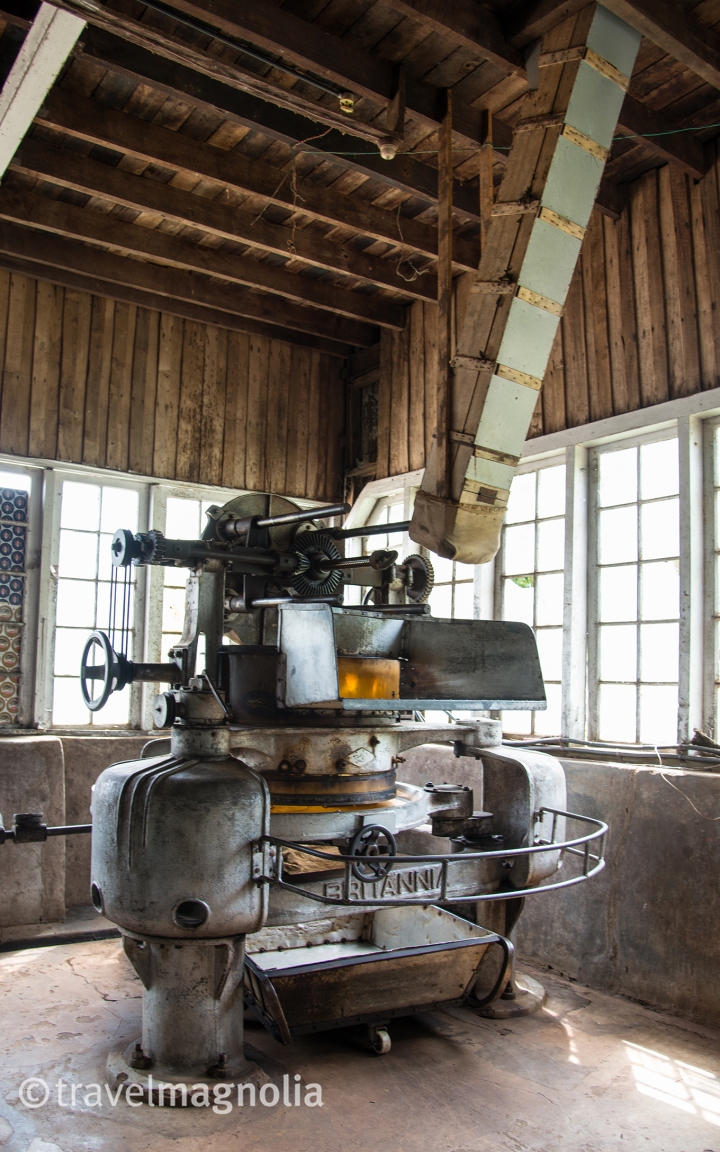 Tea here is processed by the traditional methods and I could have spent an entire day or more photographing the fabulous machinery, still in use after almost a century.

Munnar is equally, if not better, known for its spices including cardamom, cloves, vanilla, black pepper and nutmeg.  We spent a morning walking through an incredible plantation that produced all of these as well as coffee.

From left to right: Cacao, Coffee, Pepper and Cardamom plants.

A highlight of the entire trip was the phenomenal food I ate three times a day for two weeks.  Sadhya (which is Malayalam for banquet), features up to 48 different vegetarian dishes and is traditionally served on a banana leaf.  My personal favorite was Thoran, just below the banana in the photo above, a dish made with long beans, jackfruit, bitter gourd and various leaves.

There are accommodations to suit every style and budget in Munnar, both in the town its surroundings. We stayed at the Spice Tree Hotel , a hillside retreat about 45 minutes away.  The rooms were extremely comfortable and the food was delicious.

Up next: Kochi and Alleppey!

11 thoughts on “India |Dreaming of Kerala I – Munnar”