There are few places in the world more “wonder-full” than the Galápagos Islands. A magical combination of wilderness (only three of the 19 islands have any resident population of the human kind) and wildlife, activities in the archipelago are strictly regulated by the Ecuadorian government and its National Park Service  in order to preserve this UNESCO World Heritage Site.  I cannot think of another place I have visited where a picture is indeed worth more than a thousand words. Accordingly, my Galápagos posts will present a photographic record of a week beyond my imagination — with a few fun facts thrown in. As an introduction, here are seven of the infinite wonders we saw in just one week.

Fields and Streams of Lava

The Galápagos Islands are a work in progress with ages from 4 million ( ) to 3000 years (Genovesa). All are the result of volcanic activity leading to amazing landscapes such as the photo of Bartolomé (top of the post) and the one on Santiago Island (above). 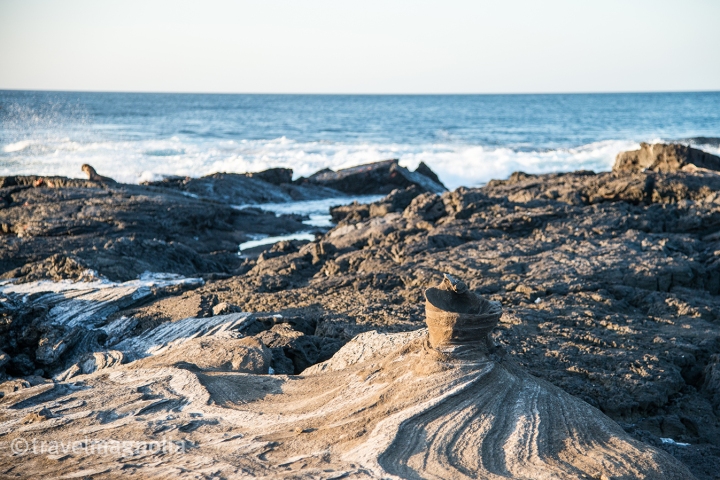 A Bevy of Boobies

The Blue-Footed Booby may be the best known, but after numerous encounters with these messy birds (that white stuff in the photo is guano, not salt spray),

my heart now belongs to the red-footed version who nests in trees and wears its blue on its beak.

The Nazca booby is not as brightly colored as its kin, but is nonetheless a beautiful bird.

What can weigh up to 900 pounds, eats only shoots and leaves, and can live for more than 100 years (and is the namesake of these islands)? 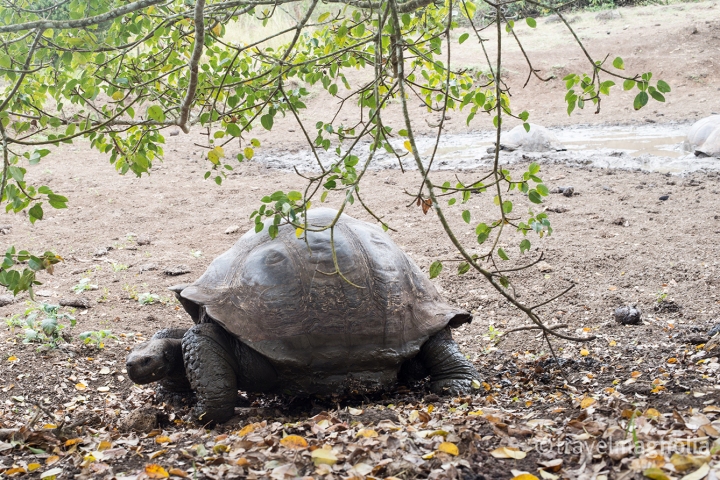 Brought back from the edge of extinction, these giant tortoises are only found in two places on earth. They roam unimpeded in the highlands of Santa Cruz island.

Okay, they are really iguanas…but I couldn’t resist. I have had a thing for iguanas since living in Jakarta all those years ago. The Marine Iguana, endemic to the Galápagos, lives on land but forages in the ocean – unique among modern lizards.

This was the best video I could get of the Marine Iguana. I had hoped to get one of them leaping into the sea–maybe next time!

Who knew there were penguins in the Galápagos? Okay, maybe many people, but I did not before planning this trip. Unlike their Antarctic kin, these penguins are fairly small, only reaching about 19″ in height and weighing about 5 lbs.  They are quite voluble and sociable and we couldn’t get enough of them. 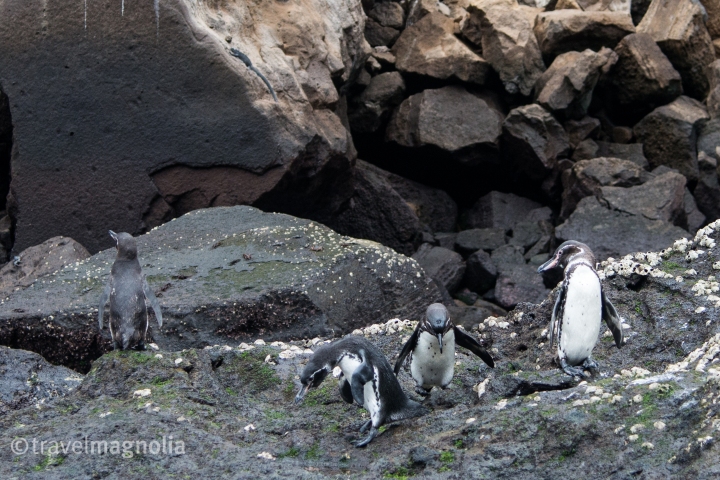 A highlight of my trip was actually swimming with three of them!

Just about everywhere we went on or near the water, sea lions were all around. They are quite playful, and anthropomorphism was rampant among our group.

It was almost impossible to choose from the hundreds (the downside of digital cameras) of adorable sea lion photos. More to come in the next few posts. 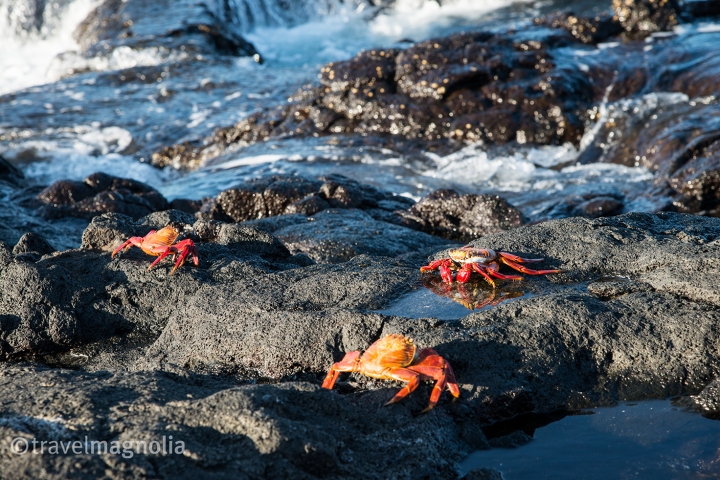 Last and only least in terms of size, the Sally Lightfoot Crab was a real crowd-pleaser. Scampering all over the rocks and cliffs, these bright creatures made everyone smile.

This is just a brief introduction to a most marvelous place, over the next few posts, I will share photos and insights on the various islands we visited. Stay tuned!

11 thoughts on “Seven Wonders of The Galápagos”